History of the burial ground

The story of a quiet corner of Bath's history,
and how we plan to preserve it 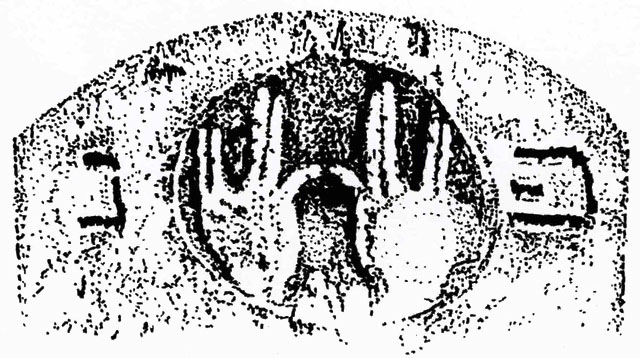 The Jews of Bath

Jews were expelled from England by Edward I in 1290. Oliver Cromwell eased the restrictions on Jews to encourage the restoration of London as a major trading centre.

The first Jewish immigrants to arrive were prosperous merchants from Holland and Portugal. They were followed by Jews from Holland and Germany. By the mid 1700s small communities were established outside London, primarily in coastal ports and towns offering commercial opportunities.

As a popular spa Bath attracted many Jewish visitors from early in the 18th century. There were regular visitors from London and Plymouth, many coming to enjoy Bath’s fashionable society and others to 'take the cure' that the thermal baths offered. Many of the early visitors were medical doctors, chiropodists, opticians and dentists who set up business in the City in the late eighteenth early 19th centuries. They were followed by music and language teachers, artists and tradesmen including jewellers, silversmiths, watchmakers and fancy goods dealers.

We know little about how the early community as very few records survive. It was not until the early 1800s that a number of visitors settled or retired to Bath and a small Jewish Community was established.

In reply to the Chief Rabbi’s questionnaire in 1845, the community reported a membership of just 15 men, 12 women and 23 children. Interestingly the reply also mentions a Mikva (or ritual bath) fed by a natural spring. We have not yet established the location of the Mikvah. However, Jewish education was sporadic and (unusually) the community failed to establish any charities for poor co-religionists.

The UK 1851 Index to the Jewish Community of the British Isles lists over 29,000 of the estimated 32,000 Jews living in the British Isles (England, Wales, Scotland, Ireland, the Channel Islands and the Isle of Man) in 1851. It records 114 Jewish men women and children living in Bath.

We are currently researching the history of the Burial Ground, the lives of the people buried there and the wider history go the City’s Jewish community. We have received a grant from the Jewish Historical Society to support this research and to publish our findings.

Establishment of the Burial Ground

It is normally the custom of new Jewish communities to establish a cemetery, even before a synagogue, so it is perhaps surprising that it was not until 1820, when the Bath community signed a 1000-year lease with a Mr Henry Street, that one became available.

On 8 April 1812, a 1000-year lease on a narrow strip of 'ground and demise that was part of an adjacent quarry, was agreed between Henry Street, builder and Michael Lewis, clothes dealer; Henry Moore, jeweller; Jacob Abraham, optician; and Hyam Israel, broker. The lease is preserved in the Bath Record Office. It required the leasees to build a wall  'good and substantial and sufficient on every side of the said premises determined to separate the same from the roads and demises adjoining the same'.

Little is known about the early history of the cemetery and no burial records from the Jewish community have survived. Our research relies on the headstone inscriptions, public records, newspapers, and where we are lucky family histories and information from descendants.

The earliest mention is in the Bath Chronicle of 14 December 1815 which reported that ‘the room adjoining the Jews’ burial ground on Coomb-Down, was on Wednesday night robbed of its furniture’.

In his 1819 Walks through Bath, Pierce Egon noticed 'a small enclosed space is passed which is used as a burying ground for the Jews'. No further mention of the Burial Ground has yet been found in local guides or newspapers.

The left-hand section of the Burial Ground predominantly contains internments from 1812 to 1860.

The earliest headstone is for Sarah Moses dated November 1812, the next visible date is for Aaron Morris buried in 1822. Were there none in the interviening decade? Hardly likely - and in this small section up to the chest tombs there are five broken headstones and four gaps between the headstones which we can assume are internments. Our research is gradually identifying whose graves these might be, and the dates of burial. For example Betsy Durlacher died in Bath 1818 and is very likely to be buried here - we have asigned her to grave 92 but do not know where the location might have been.

By 1861 the burial ground was reaching its capacity, so in March of that year the Bath Jewish congregation launched an appeal in the Jewish Chronicle for funds to extend it. As well as the local community, some very well know people contributed: Baron Lionel de Rothschild MP, Sir Francis Goldsmid MP and David Salomons MP. A large plaque commemorating their names was installed on the south wall but is now missing.

'The Burial Ground belonging to the congregation is now nearly full and an opportunity of purchasing a piece of ground adjoining is offered. The sum required will be about £200; and in appealing to the benevolent public for help, we think we have some claim upon them, as from the healing properties of the Bath MineralWaters many persons come here from all parts of the kingdom to use them - among whom are a great number of poor co-religionists; and in many cases they have died here and been buried in the ground at the expense of the Bath Congregation. Within the last three or four years we have had two or three cases of this kind from London alone'

The first burial in the extension was in 1866 for Samuel Jacobs (grave 7, hard against the neighbouring house wall).

Our careful excavations have revealed many broken headstones and gaps between the headstones which we presume are graves. This is supported by the Bath Medical Officer’s report of 1869 for that the Burial Ground was thickly covered with about 40 graves, with internments averaging about one an a half to two years.

By the early 1900s the Burial Ground was in poor condition as reported in the Jewish Chronicle. In 1911 the Board of Deputies of British Jews resolved to take measures for the 'proper looking after of the Burial Ground', and £95 was allocated for work. Repairs were undertaken in 1918.

Burials continued into the early twentieth century with the last headstone dated 1921, but upkeep particularly of the walls was always a problem.

In 1912 it was reported that Mr J Bumford Samuel had provided a fund for the upkeep of the Burial Ground, but this seems to have been insufficient because in 1928 Nathan Kerstein, owner of a kosher hotel in Duke Street Bath, had to make an appeal to the local Jewish Community, again through the Jewish Chronicle.

He called attention to its neglected condition, writing:

'The outer walls are in danger of collapsing, the cottage where the caretaker resides is sinking, the roof is beginning to fall in. The caretaker has refused to live there, and once all the walls are down cattle would soon trample over the graves'.

No records have yet been found as to the success of the appeal but the continued existence of the outer walls is evidence that they were saved from collapse.

There has in the past been an assumption that the building within the burial ground had a Jewish religious function. Historic England for example comment that 'The cemetery is notable for the survival of its Ohel (chapel)'. However our recent research has not uncovered any evidence that it was used either as an Ohel for prayer or a Taharah for laying out the dead, and indeed everything points to an uninterrupted domestic use from 1812 until 1929, after which it seems not to have been used.

The bulding formed part of the property and land leased in 1812 by the Jewish community, at which time from old plans and maps we can see that it was about twice as large as it is now.

The rate books and census records show that from 1825 the congregation leased the cottage to a series of tenants - poor families and labourers - some of whom acted as caretakers. Our research has uncovered a surviving lease dated 1909 for 1 Greendown Place between Rueben Somers, Trustee of the Bath Hebrew congregation and Henry Moore who lived in the cottage from about 1895 until 1921.

The last caretaker was Edgar Hayman who wrote in a surviving letter from 1927 about the dangerous state of the cottage: ‘the tiles on the roof are lifted and the water is coming in the bathroom and kitchen very badly’.

The upkeep of the cottage was always a burden on community funds and in 1928 an appeal was made which highlighted its appaling condition: ‘The outer walls are in danger of collapsing, the cottage where the caretaker resides is sinking, the roof is beginning to fall in. The caretaker has refused to live there, and once all the walls are down cattle would soon trample over the graves’.

In December 1928 the City of Bath served a Dangerous Structure notice and half of the cottage was demolished in the following August, leaving a single room used as an occasional shelter for mourners attending a burial.

To avoid the payment of domestic rates, the Board of Deputies in 1929 applied for a change of use from dwelling to ‘a place of meeting for religious worship by a congregation of persons calling themselves the Bath Jewish Congregation’. So 1 Greendown Place was registered as a ‘Jewish Chapel’ by the Registrar General (Certificate 52705 dated 26 September 1931). Perhaps this is the origin of the belief that the building once had a religious purpose, but there are no records of actual services taking place there.

The only other surviving report of the cottage is from the early 1960s when the Combe Down Townswomen’s Guild obtained permission to visit the Burial Ground. They describe a tiny vestry that contained wooden biers, and cards printed with the words of the burial services for use at the graveside, also in Hebrew.

From the rate records of the Bath Council

Census records and Post Office Directories
Viewing the series of census records shows changing ways of referring to the property. Greendown Place as we know it now was known locally as the Jews Burial Ground Place.

30 March 1851 census
Household 37: Jews Burying Ground, Lyncombe & Widcombe Parish, Bath
There are still no house numbers. The enumerator records the number of the householders schedule. He records working his way west along the south side of Bradford Road. He records household 36 Greendown cottages, 37 Jews Burial Ground, and 38 Green Down House

The recent generosity of our supporters and of charities such as the Leche Trust, Combe Down Historical Association and the Jewish Historical Society of England has enabled us in October 2020 to repair the collapsing chest tomb of Joseph Sigmond and in February 2021 to repair the most fragile headstones.

Our priority now is to raise funds to restore the cottage so that it can be reused as a small visitor centre telling the story of the Bath Jewish Community.

The boundary walls too are in urgent need of repairs, particularly the exterior boundary wall with Bradford Road. The inward facing walls are also in a poor state - as well as repairs to the stone, previous repairs using concrete mortar need to be removed and replaced with lime mortar.